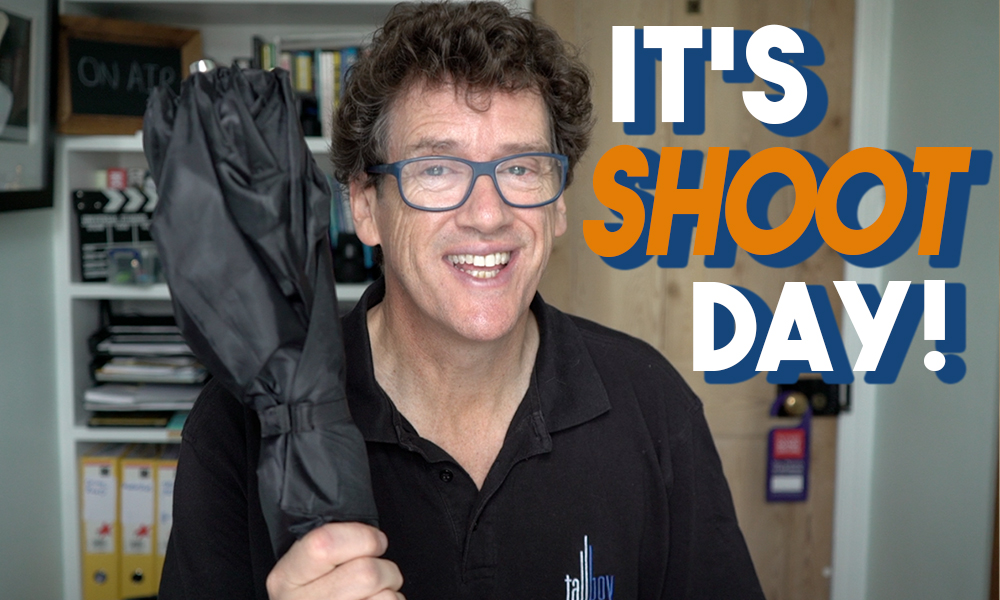 Behind the scenes on a corporate video shoot

It’s shoot day, and I want to give you a behind the scenes look at one our shoots. Watch the video below and travel with me into central London and meet the crew and take a look at processes we go through on each shoot. Preparation is the key to success.

As a video producer, there are essential things you need for a successful shoot.

We often shoot in a board room, which is very typical of what we get to film in when we do corporate work. We always try to avoid blank walls and thankfully, today’s camera’s with a prime lens, and some subtle lighting can make any boardroom look good.

After the filming, it is essential to check and back-up the footage. The media cards we shoot on are out your average SD Card and cost hundreds of pounds. So the cards need to be resued. On location on a Tallboy production shoot, we always back up at least twice. Back at the office, the footage is then backed up again onto our editing drive really for us to start post-production. We can then tell the cameraperson that they can reuse the cards for their next shoot.

So that’s a wrap. Hope you’ve enjoyed the behind the scenes of our shoot day.

Leaving the year behind

Tallboy is looking forward to 2017 – it’s the year of the Rooster. In Chinese mythology, roosters are more motivated than any other animals in the Chinese zodiac, and we see a lot of similarity with Tallboy. They’re hard working, multi-talented, and can deal with a variety of jobs. And while we’re looking forward to what 2017 will bring, we can’t help but have a quick look back at 2016. After all, the common name for a rooster is a cock. Enjoy the best of 2016 and in our best Chinese, Gong Hey Fat Choy!

Tallboy On The Tin Line

Hundreds of tins, even more bottles and a roll of gaffer tape. Add in fork lift trucks, a giant warehouse plus the Tallboy crew, and it was bound to be a great shoot. END_OF_DOCUMENT_TOKEN_TO_BE_REPLACED

It’s a very British thing. When the sun comes out and families flock to the beach, a strange ritual occurs.  The family will walk to a space in the sand, weighed down by wet suits, towels, beach tents and chairs. They will stand and look. END_OF_DOCUMENT_TOKEN_TO_BE_REPLACED