What is Storyboarding and How Does It Make Great Video? 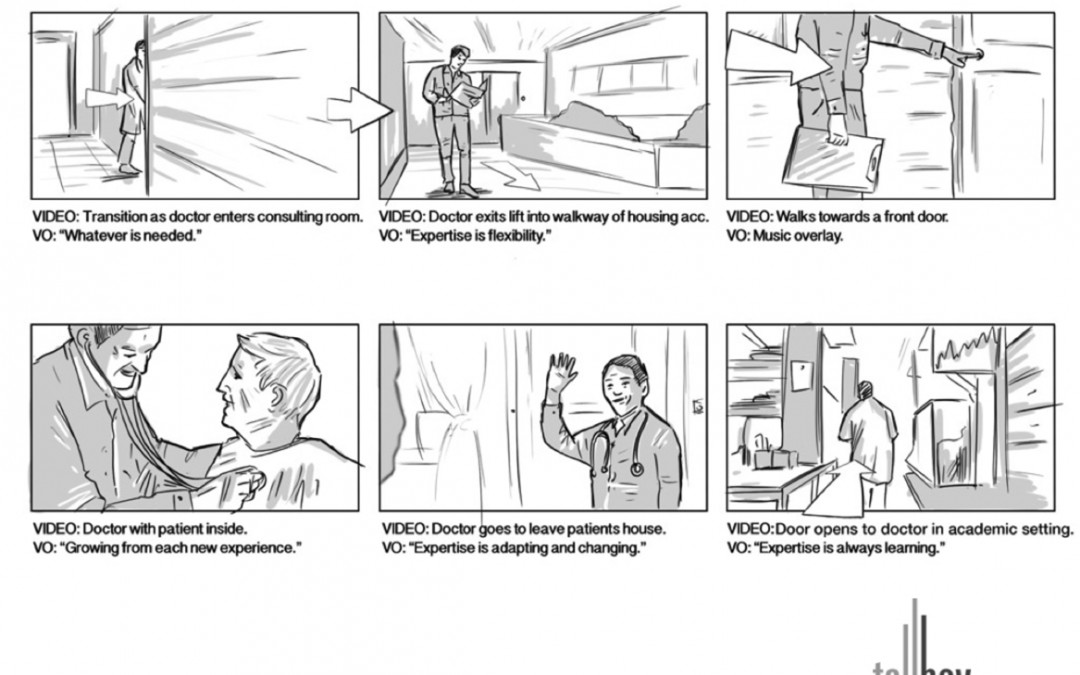 There are various key components in the creation of a professional video production and the use of storyboarding is considered, by many video producers, to be one of them. In this article we will explain just what storyboarding entails and demonstrate how it can contribute to making a great video.

Storyboarding is a part of the planning process associated with the production of a video. In simple terms, a storyboard provides a blueprint for the final production in the form of a graphic illustration of how the video will take shape, shot by shot. The storyboard takes the form of a number of illustrations or images which are displayed in sequence. These representations create, for the maker of the video, a visualisation of how the final product will appear. The illustrations can themselves take several forms. For some producers, a simple sketch is sufficient, with thumbnail sketches being added to the margins of the video script. Others employ far more intricate and complex storyboard images, either hand-drawn by professional storyboard artists or digitally-produced using two or three-dimensional storyboarding programs. When the images or illustrations have been completed, the script can be added at the foot of each to provide an invaluable pre-production overview of what the video will look like. Whichever method of creating the images is employed, a storyboard is an invaluable means of ensuring that a video is produced efficiently, collaboratively and professionally.

How does storyboarding make great video?

There are many reasons for creating a storyboard before embarking on a video project but, as suggested above, the enhancement of efficiency, the promotion of collaboration and the achievement of cost savings are three of the greatest benefits.

The best way of ensuring that a video production achieves exactly what its production team requires is by carrying out the process efficiently. Storyboarding enables a video maker to create a clear plan for the production, including all the key shots, the order in which they will appear on the finished video and the relationship between the visuals and the completed script. The storyboard is the template around which the production is planned and assists in piecing the video together without the omission of any important scenes.

Although the production of a storyboard involves a certain amount of time and expense, particularly if it involves professional storyboard artists or digitally produced images, ultimately it will save time in post-production revisions. This, in turn, will result in cost savings.

A storyboard is an extremely effective means of sharing your vision with other members of the production team and, equally importantly, the client who has commissioned the video. All of those who have a stake in the video will find it far easier to visualise the project with the aid of the storyboard images than they would simply through reading a script.

Storyboarding, which has been a feature of film and video production since it was first used by the Walt Disney Studio in the early 1930’s, is an integral part in the making of a video and enhances the prospect of creating a great product efficiently and professionally.