How to overcome your fear of being on camera 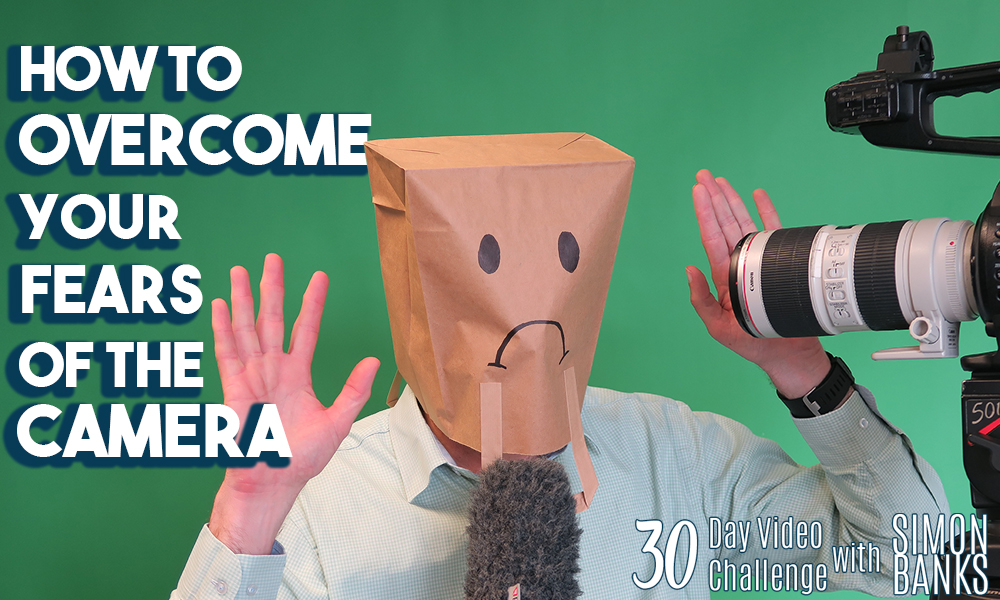 Today’s blog I want to talk about how to overcome your fear of appearing on camera. Even though you’re an introvert and have concerns about being judged and you think you have a face for radio.

Now I get this. I think it’s tough to talk to a camera as it’s a static object and it feels very unnatural. And, as an introvert, I do find this hard to do. Often I think Will the audience want to hear what I got to say? “Do I have anything important to say? “What if they don’t like it?” There are loads of excuses not to do this. And actually, I think as you’re talking to a camera, you get used to it if you practice a lot. I think it’s easier than actually doing public speaking.

Video marketing is essential, especially if you have an important message and story to tell. And I also understand when you put yourself out there, you may think, “What will people think?” You have a fear of being judged. We live in a world if you’re going to put yourself out there online, you’re going to be judged. People are going to leave negative comments. They might not like the message that you have. And I think you just got to accept that. And realize that most of this are not personal. It’s about them and their issues. What you need to do is really just focus on your audience, the people who do resonate with your message, who do follow and like you. Concentrate on them and serve them and do not let the distractors, the haters get to you. Now I know it’s hard to do that sometimes. I like to be liked. But I think you got to realize that you won’t be liked by everybody. Your content will not resonate with everybody. So create content which is going to be valuable to your audience and build an audience who are going to like you, follow you, and leave positive comments.

The third thing is, I just see this a lot, is that people think that they are ugly. They have a face or a good voice for radio. I’ve done thousands of videos and most people do not like the way they look and sound on camera. It’s so common that is when you film with a camera, you’re used to seeing yourself in a mirror, so you look different and in your head, you probably also think you sound different. Yes, we all have an accent. Yes, we all do look different. And that’s what makes us uniquely human. In my experience, that people don’t comment, or very rarely comment, on the way you look and sound.

If your message is good and valuable, people will concentrate on that, not on the way you look and sound. And yes, there are tricks you can do. Location’s important. Lighting’s important. Sound is also important. So there are things you can do to help to make you look good. Editing your videos can help. You can put footage over what you’re saying. If you’re that concerned about the way you look. But I think part of it is you just got to do it, and you get used to it. The more you do this, the more comfortable you get on camera the easier it becomes. So I think the big tip is to practice. If I can do it, so can you.