There’s a crisis in the NHS with medical students preferring to do anything other than be a GP. The Royal College of GPs desperately want to address that and have asked us to produce a recruitment video. Trouble is, they want it delivered in six weeks. That would be fine, except, of course, we have a thing called Christmas in the middle.

Tallboy MD, Simon Banks, goes to meet the RCGP communications team to understand about their need, receive a brief and talk to them about how Tallboy can help them and explain how we make videos. We send them a proposal next day with some creative ideas, schedule, and some ball-park costs.

Tallboy is commissioned for the project! Work on refining our ideas and costs. Arrange to meet with the RCGP team.

We met at the Royal College in London today and presented our ideas for the video based on our initial conversations. The concept is letting GPs tell their own story, highlighting different parts of the career. Everyone is very keen, providing we make sure all the points are covered. We have a list of messages; a visual concept and now we need some GPs and a place to film.

The Royal College has been brilliant in locating a GPs surgery that will work as a backdrop for the shoot. So went to St Johns Medical Centre in Lewisham today to recce. The surgery staff are extremely helpful and agree to help out. Dates for filming booked for first week of January. We’ve also got a list of GPs who are willing to take part. Time for some scheduling. 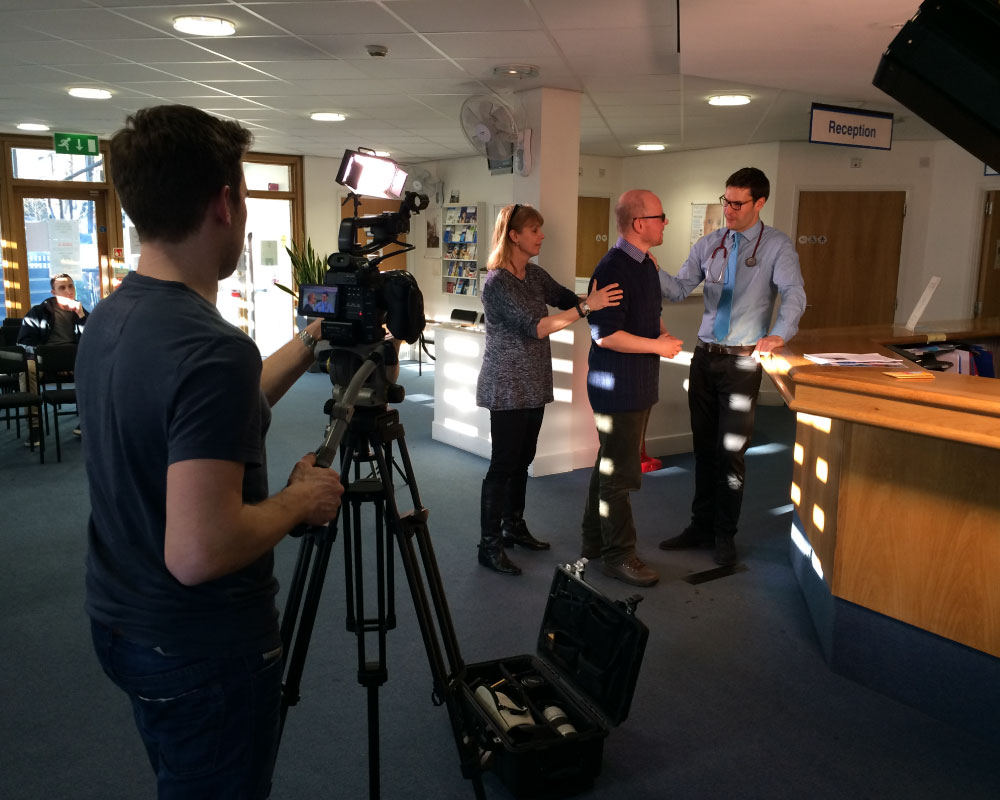 Amazingly for a shoot, we have too many participants! The GPs are all very keen to take part, and the Royal College is even keener to represent GPs from around the country. So over two days we will need to shoot 11 GPs and make sure they are all planned in so we make the maximum use of their time.

Everyone is in the Christmas mood, and this is our last meeting with the Royal College before the shoot in January. We’re able to show them the complete storyboard, give them detailed shooting schedule for both days, and reassure them that even with Christmas, the video will be ready on time. The cameraman is booked and as we wish everyone a happy Christmas, we’re in good shape.

Two days at St Johns medical centre, and 11 GPs later. Ryan is working second camera and Mathilde is our assistant. For both of them, this is their first week at Tallboy. And we start as we mean to go on – Ryan is roped in to act as a patient and has to remove his shirt, and Mathilde also has to pretend she’s unwell. DP Andrew is working hard to be creative despite the full schedule. For the concept to work, we have a long list of shots to get as well as the key messages. Kayla from the Royal College is with us, which is extremely useful. 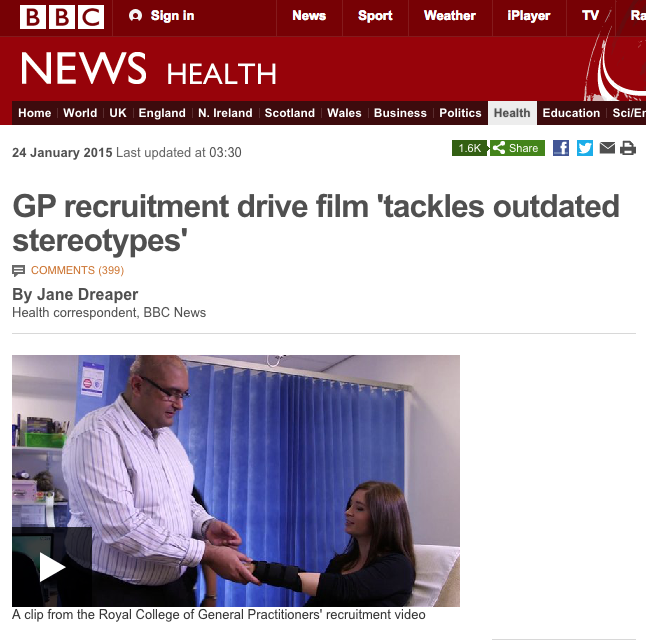 We’ve been through all the interviews, got all the key messages and now we’re in the edit suite.  The voices of the GPs comes first, and our first cut comes out at 7 minutes! So after some rather ruthless editing, four coffees, three bags of crisps and a few bars of chocolate later, we’re down to just over three minutes. The video is uploaded ready for the Royal College to see on Monday morning and distribute for feedback.

The first cut of the video is with the Royal College. It’s nerve wracking. They’ve seen the storyboard, know the messages, but it’s always a worry that the client will actually like the results. We’ve a face-to-face meeting booked for Thursday to go through changes, and so it’s a long wait.

They love it! In fact, they more than love it, and think ‘its better than expected’. Obviously there are a few tweaks, but Ryan comes along and does some the changes then and there, giving the Royal College the chance to see how it will look. Both of us end the meeting happy.

Final changes are done, and the video is delivered. On to the next project.

Wake up to a message from Ryan – he’s been called by his brother who has just seen him on the BBC news as a patient in a GPs surgery. The Royal College has launched the video with an interview on the Today show with its chair Dr Maureen Baker. From blank page to front page … all in six weeks!